I found it interesting that a Jesuit would choose the name of St. Francis of Assisi. But the new pope is noted for his Franciscan-like service to the poor and his humble ways, such as riding the subway. Heck, as pope he even went back to the place he was staying prior to his election in order to pay his bill. 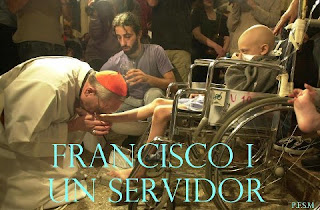 I also thought it interesting that one commentator said if you want to understand Pope Francis, you should read Chesterton's St. Francis of Assisi.

I do wonder, though: Does he like a good beer? (I'd settle for a coffee drinker.)


Posted by A Secular Franciscan at 9:34 PM