Syd Barrett, one of the founders of Pink Floyd (then called The Pink Floyd), died this week. Our friend Nick Milne (Furor) took notice of this and said "I have nothing to say about this, knowing nothing about Mr. Barrett or Pink Floyd, and not particularly enjoying their music." (link)

I know a little about Pink Floyd, and greatly enjoyed their music during the late 70s thru the 80s. Even in 1995 I had a relapse and went to see them perform at Texas Stadium; but that was long after Barrett was given the boot; it was even after Roger Waters ebbed into a solo career.

"Matilda Mother," from The Pink Floyd's 1967 album Piper at the Gates of Dawn, was a reference to Hilaire Belloc's cautionary tale "Matilda Who told Lies and was Burned to Death." He originally wrote the song to include the story of "Jim Who Ran Away From His Nurse and was Eaten by a Lion," and during the early Floyd concerts it was sung that way:

There was a boy whose name was Jim.
His friends were very good to him.
They gave him tea, and cakes, and jam,
and slices of delicious ham.
Oh Mother, tell me more...

But the lyrics on the album are his own:

There was a king who ruled the land.
His majesty was in command.
With silver eyes, the scarlet eagle
showered silver on the people,
Oh Mother, tell me more...

Why'd you have to leave me there
hanging in my infant air, waiting?
You only have to read the lines of
scribbly black and everything shines.

Across the stream with wooden shoes,
bells to tell the King the news.
A thousand misty riders
climb up higher once upon a time.

Wondering and dreaming.
The words have different meanings...
Yes they did...

For all the time spent in that room,
the doll's house, darkness, old perfume,
and fairy stories held me high
on clouds of sunlight floating by.
Oh Mother, tell me more... 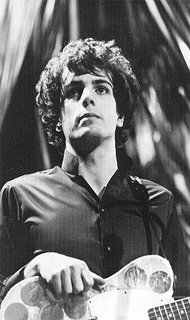