Dialoging with the deaf at ground zero 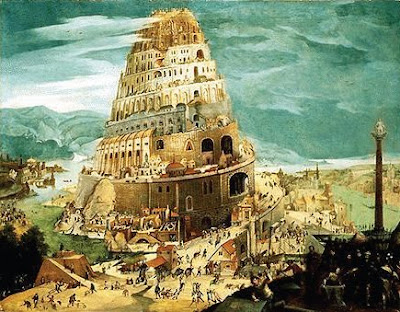 While Muslims have every legal right to build a mosque near Ground Zero, this initiative carries the unmistakable odor of Islamic triumphalism. More importantly, Abdul Rauf's dubious background and associations give reason to worry that his center will spread Islamist ideology. Therefore, it should be barred from opening.

Many are asking for dialog with the Cordova Project in an effort to ease tensions, you know, so we can just get along. The question remains how do you dialog with a group who not only does not believe in compromise but views any compromise as defeat? They use dialog as either a stall or to wear down the opposition until they get exactly what they wanted in the first place. Book after book has been written on leaving no mystery of what they want-World Conquest for Allah.

'In July 2010, journalist Andrew McCarthy revealed that What's Right with Islam originally had been published in Malaysia under a different title: A Call to Prayer from the World Trade Center Rubble: Islamic Dawa in the Heart of America Post-9/11. What's Right with Islam was a “special, non-commercial edition” of the book and was produced after the original, with Feisal’s cooperation, by the Islamic Society of North America and the International Institute of Islamic Thought. Both of those organizations are American tentacles of the Muslim Brotherhood. McCarthy explains the meaning of the term dawa, from the book's title:'

"Dawa, whether done from the rubble of the World Trade Center or elsewhere, is the missionary work by which Islam is spread.... [D]awa is proselytism... "The purpose of dawa, like the purpose of jihad, is to implement, spread, and defend sharia. Scholar Robert Spencer incisively refers to dawa practices as 'stealth jihad,' the advancement of the sharia agenda through means other than violence and agents other than terrorists. These include extortion, cultivation of sympathizers in the media and the universities, exploitation of our legal system and tradition of religious liberty, infiltration of our political system, and fundraising. This is why Yusuf Qaradawi, the spiritual leader of the Muslim Brotherhood and the world’s most influential Islamic cleric, boldly promises that Islam will 'conquer America' and 'conquer Europe' through dawa."

Also check out “Islam Will Not Be the Loser” by JAMES V. SCHALL, S.J. where he quotes extensively from Belloc and Chesterton.
Posted by Alan Capasso at 10:41 AM