Toleration is not enough YOU MUST APPROVE 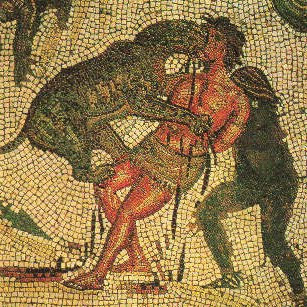 There have always been times in history when it seemed that the lions were winning. It is easy to feel that we are now in such a time.
Today the lions are political correction beasts dressed in pink.

Lee brought to our attention the story of the counseling student, Julea Ward, expelled for upholding her Christian life view.
Ward’s attorneys claim the university told her she would only be allowed to remain in the program if she went through a “remediation” program so that she could “see the error of her ways” and change her belief system about homosexuality.

There is also a similar case with Jennifer Keeton.

Professor is fired for stating what the Church teaches. Then rehires him.

Campus Christian groups cannot "discriminate" against non-Christians from joining their clubs or from becoming officers of that group.

John Whitehead, president of the Rutherford Institute, said, "The Supreme Court has now enshrined political correctness as a central tenet in American society and in American university life. This decision is yet another broadsided attack the First Amendment, especially religious freedom.

"It will force well-meaning groups to abandon the tenets of their faith in order to be granted the same privileges and freedoms afforded to other campus groups and organizations. If not, they will face discrimination."

Or as Groucho Marx once said, "I have a good mind of joining a club and beating you over the head with it."

Now the University of California won't admit students that graduate from a Christian High Schools.
"Essentially what's happening is the UC has to pre-approve courses taught in high school," Tyler said. "It's pretty shocking, because in depositions UC reps made it clear: whether it be English, history or science, the addition of a religious viewpoint makes it unacceptable."

It's hard not to get depressed or upset that God's hand moves soooo slowly but "Fear is useless what is needed is trust." JC

"The early Christian martyrs talked of death with a horrible happiness. They blasphemed the beautiful duties of the body: they smelt the grave afar off like a field of flowers. All this has seemed to many the very poetry of pessimism. Yet there is the stake at the crossroads to show what Christianity thought of the pessimist." GKC.

Or from another great writer:
The message of the cross is complete absurdity to those who are headed for ruin,
but to us who are experiencing salvation it is the power of God. Scripture says, “I
will destroy the wisdom of the wise and thwart the cleverness of the clever.”
Where is the wise person to be found? Where the scribe? Where is the debater of
this age? Has not God turned the wisdom of this world into folly? Since in the
wisdom of God the world did not come to know God through wisdom, it pleased
God to save those who believe through the absurdity of the preaching of the gospel.
(1 Cor 1:18-21)
Posted by Alan Capasso at 10:16 AM

beautiful blog..pls visit mine and be a follower.. thanks and God bless..