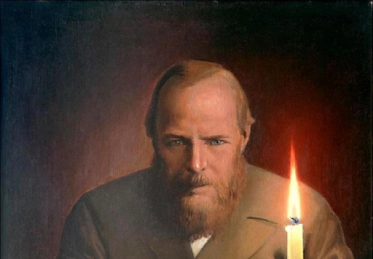 Fyodor Dostoevsky
was plagued by vices that proved pesky.
So to pay his bills he took a successful gamble
creating characters who were prone to verbally ramble.
Posted by A Secular Franciscan at 5:57 PM No comments: 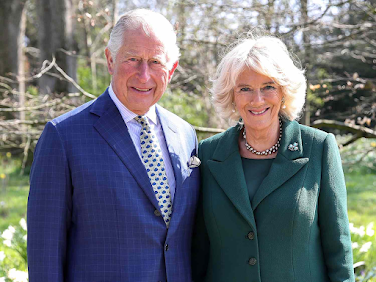 The Brits now have their third Chuck,
and so I wish them lots of luck.
He finally achieved one of his two main goals,
the other, of course, being Mrs. Parker Bowles.
Posted by A Secular Franciscan at 7:25 PM No comments: 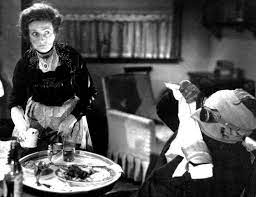 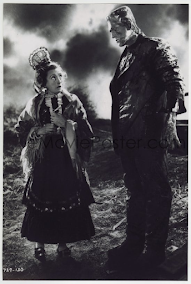 As a character actress, Una O'Connor
deserved great praise and honor.
No matter who else was on the screen
with a look or her voice she could steal any scene. 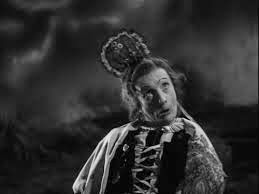 Posted by A Secular Franciscan at 11:51 AM No comments:


The September/October issue of StAR (Saint Austin Review) contains a short article by Manuel Alfonseca on two genres of fiction - "Utopias and Dystopias."
Alfonseca defines "utopias" as "descriptions of fictitious perfect societies," and he notes that the name comes from St. Thomas More's 1516 Utopia - a title that means "nowhere." He lists a number of works as utopian:

Republic - Plato
The City of the Sun (1602) -  Tomasso Campanella
New Atlantis (1627) - Francis Bacon
The Coming Race (1871) - Bulwer Lytton
Looking Backward (1888) - Edward Bellamy
News from Nowhere (1890) - William Morris
Lost Horizon (1933) - James Hilton
Island (1962) - Aldous Huxley
To be honest, I have only read two of these works - Utopia and Lost Horizon, I have heard of Look Backward, though I haven't read it. I haven't heard of any of the rest. But that's not surprising given that I am of a more dystopian bent.
Alfonseca actually only devotes the first paragraph to utopias; the bulk of the article deals with dystopias.   He defines "dystopias" as describing "imperfect societies that allow their author to criticize the society to which he belongs, or to predict future trends that are undesirable or frankly horrible." He notes that dystopias are more modern than utopias, and linked the proliferation of such works to a number of unsettling events in the 20th Century, specifically the global discontentment following the First World War, the communist revolution in Russia, and the Second World War.
He lists a number of dystopias he has read, sharing observations about them:
Erewhon (1872) - Samuel Butler
Lord of the World (1907) - Robert Hugh benson
We (1921) - Yevgueni Zamyatin
Brave New World (1932) - Aldous Huxley
Nineteen Eighty-Four (1948) - George Orwell
One (or Escape to Nowhere) (1953 - David Karp
Fahrenheit 451 (1953) 0 Ray Bradbury
A Canticle for Leibowitz (1959) - Walter M. miller Jr.
A Clockwork Orange (1962) - Anthony Burgess
Do androids dream of electric sheep? (1968) Philip K. Dick
I am Margaret (2014) - Corinna Turner
I have read most of these dystopian works - though, I admit, I am Margaret is new to me. Indeed, in the lead up to the dystopian 2020 election I read or reread a number of them -  Lord of the World, Brave New World, Nineteen Eight-Four, Fahrenheit 451, and A Canticle for Leibowitz.
They prepared me for what was to come!
I also agree with Alfonseca that the movie Blade Runner, based on Do androids dream of electric sheep?, is far better than the novel.
There are many other dystopias that did not make his list in the article, which, as he noted, consisted of works that he had actually read. (The article is based on a chapter from a book he wrote, so many others may have been mentioned in the book.) The Hunger Games books by Collins, The Road by Cormac McCarthy, The Napoleon of Notting Hill by G. K. Chesterton, and That Hideous Strength by C. S. Lewis come to mind. And I'm glad he left The Handmaid's Tale by Margaret Atwood off the list as it has been so twisted for political/social purposes these days.
Alfonseca observes that some people are speculating that we are getting closer to the worlds created by Brave New World and Nineteen Eighty-Four - I would be among them. But he offers a more optimistic spin - one of which I'm sure Chesterton would approve.
"But I prefer to remember what Jesus Christ said about this: The gates of hell shall not prevail against my Church (Mt 16:18). Neither utopias nor dystopias will prevail, because man is free and can fall in sin and be redeemed."
Side note: If you have not discovered StAR yet, do check it out. It offers great, in-depth discussions of literature, art, the culture, etc., all from a classical and very Catholic perspective.
Posted by A Secular Franciscan at 2:34 PM No comments:

"We do not enjoy a story fully at the first reading. Not till the curiosity, the sheer narrative lust, has been given its sop and laid asleep, are we at leisure to savour the real beauties. Till then, it's like wasting great wine on a ravenous natural thirst which merely wants cold wetness." - C. S. Lewis

The most recent issue of Gilbert (September/October 2022) contains an essay by Mark Johnson, "Old Friends Pay a Return Visit."

In the essay, Johnson notes his habit of reading classic novels every night. He has a fondness for 19th Century novels - a fondness I share.

But he ran into a problem.

After years of reading, he had read them all, even down to the "fourth tier." With nothing new to read, he was faced with the terrible prospect of "mid-life acedia.".

Then one night he dipped into Middlemarch, a book he'd already read, to look a few of his favorite pages, and found himself caught up in the book again and completely reread it, enjoying it just as much - if not more - than the first time he read it.

So now he is rereading some of his "old friends."

In rereading, he discovered he is better able to keep the characters or plot twists straight, and found he is able to relax more with the books. In the process, he also realized that, "Some aspects of a novel are literally impossible to recognize until a second read." He is able to make connections; he has a greater level of maturity and understanding as well. "I'm now aware that the art inside great literature unfolds and blooms most vividly upon a second or subsequent read."

This essay resonated with me. I am also in the process of rereading. I just include more than the 19th Century novels that I like.

Rereading is not a new thing for me. As a teacher, I had to reread some of the books I was teaching to keep them fresh. I don't know how many times I've reread To Kill a Mockingbird, Jane Eyre, Pride and Prejudice, and various of Shakespeare's plays. While I enjoyed the rereads, the purpose was professional.

Now I am rereading for pleasure books that I read 30-40-50 years ago. When I first read them, it was often because I had to read them for a class I was taking or teaching, or because I felt I was "supposed" to read them.  Like Johnson, I find myself now not only enjoying them, but also that I am better able to appreciate their artistry and insights into human nature and the spiritual.

I don't, however, limit myself to 19th Century novels, though they are certainly in the mix. In recent months, I've reread St. Augustine's Confessions, Brideshead Revisited, Chesterton's "biography" of St. Thomas Aquinas, The Screwtape Letters, and The Lord of the Rings trilogy, to name a few. I'm currently rereading The Imitation of Christ, and The Brothers Karamazov.

Unlike Johnson, there are books I haven't read before - as an English and History teacher, I was often reading books for class, and did not have time for as much pleasure reading as I desired, and before that when I was a reporter, I was constantly reading the books and essays and background information of the people whom I would interview or the topics I was covering. So now I mix in the books I always wanted to read. The Idiot, for example, or Oliver Twist.

Johnson's essay revealed to me a kindred spirit. And as I reread, I, like him, will "make sure I don't waste great wine."

Posted by A Secular Franciscan at 8:18 AM No comments:

How J.R.R. Tolkien Came to Write the Stories of 'The Rings of Power'

How J.R.R. Tolkien Came to Write the Stories of 'The Rings of Power': Haunted by the approach of another world war, the beloved fantasy author created a new story of Middle-earth that few people even knew about—until now
Posted by A Secular Franciscan at 7:00 AM No comments: 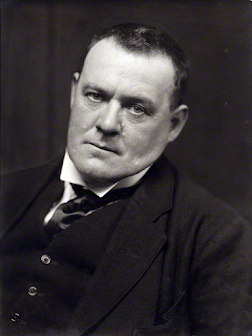 Hilaire Belloc
walked off the end of a dock,
but being in the middle of a debate,
he failed to recognize his fate.
Posted by A Secular Franciscan at 12:01 PM No comments: