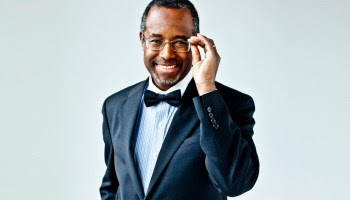 Ben Carson
never claimed he committed arson.
That didn't stop Politico
from reporting, "He may have, you know."
Posted by A Secular Franciscan at 3:55 PM No comments:


Dr. Mary Gatter
was coy and even joked amid the chatter,
but her haggling over the price of a baby's heart or liver
made me shiver.

Dr. Mary Gatter
treated it as a laughing matter,
but sell enough baby parts, even that teenie,
and you might afford a Lamborghini.
Posted by A Secular Franciscan at 6:24 AM No comments:


There is in the April issue of The Atlantic a wonderful piece ("A Most Unlikely Saint") about the effort to have G. K. Chesterton declared a saint. It begins:

If the Catholic Church makes G. K. Chesterton a saint—as an influential group of Catholics is proposing it should—the story of his enormous coffin may become rather significant. Symbolic, even parabolic. Chesterton’s coffin was too huge, you see, to be carried down the stairs of his house in Beaconsfield, its occupant being legendarily overweight at the time of his death, in 1936. So it went out a second-floor window. Very Chestertonian: gravity, meet levity. Hagiographers might pursue the biblical resonance here, citing the Gospel passages in which a paralyzed man, unable to penetrate the crowds surrounding the house in Capernaum where Jesus was staying, is lowered in through a hole in the roof. Or they might simply declare that Gilbert Keith Chesterton’s was a spirit too large to go out through the conventional narrow door of death—that it had to be received, as it were, directly into the sky.

It's a well-written piece, and a good introduction to Chesterton and the sainthood cause for those who were not aware of him or it. Even for those of us who were familiar, well worth reading if for no other reason than it will make us smile.
Posted by A Secular Franciscan at 6:18 AM 2 comments:

A somber Marquis de Sade
said with a knowing nod,
"The wickedness of all my work fades
before that woman's 50 Shades.
Posted by A Secular Franciscan at 6:50 AM No comments: