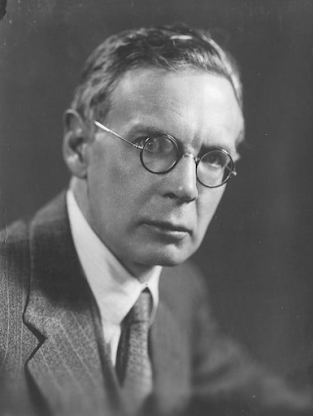 In the most recent issue of New Oxford Review (May 2022)there's a wonderful article about Charles Williams.

"... Williams’s part in this prolific exchange is accessible thanks to the dutiful research of Roma A. King Jr. King’s edition of Williams’s personal correspondence, published in 2002 under the title To Michal from Serge: Letters from Charles Williams to His Wife Florence, 1939-1945, includes representative selections, painstakingly transcribed by King, from nearly 700 hurriedly handwritten letters. In them we hear Williams at his best — as faithful Christian, loyal husband, caring father, and generous friend — and, occasionally, at his worst — as one who loved human beings but sometimes found them intolerable. What resounds above all else is the voice of a man “honestly struggling,” as King puts it in his introduction, “toward the light beyond the darkness.” ...
The article gives us insights into Williams's faith and fears during the war and separation from Michel due to that war. It additions to excerpts from the letters exchanged with his wife, there is praise for/assessment of Williams by W.H. Auden, Dorothy Sayers, and C.S. Lewis.
A good read.

Posted by A Secular Franciscan at 4:42 PM No comments: 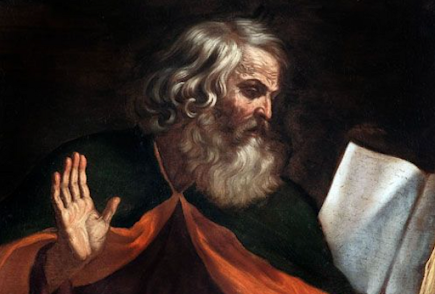 The replacement Apostle Matthias
was chosen by lot, not by bias.
Alas, except for his selection.
he's eluded all other historical detection.
Posted by A Secular Franciscan at 1:40 PM No comments: 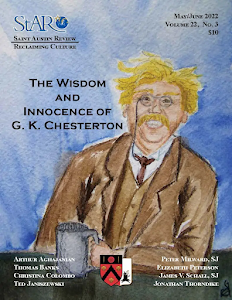 Anyone who frequents G.K. Chesterton event in the U.S. has encountered Joseph Pearce. He is frequently one of the featured speakers, and will generally have a table with some of his books for sale.
Some of his books. The man, in the spirit of Chesterton, is prolific. He seems to come out with a new book every other month. One wonders how he has time for dinner with his wife.
Pearce writes extensively, and often with a Catholic or religious focus, about literature and writers, o - with books about such figures as Shakespeare C.S. Lewis, J.R.R. Tolkien, Chesterton, Hilaire Belloc, and Aleksandr Solzhenitsyn.
Pearce is also co-editor of The St. Austin Review (StAR), a Catholic review of culture and ideas with an aim of "Reclaiming Culture." Each issue has a theme - often focusing on a particular writer or movement. including Shakespeare, Dante, Tolkien, Sigrid Undset, T.S. Eliot, Evelyn Waugh, and, of course, Chesterton. The writing is intelligent and insightful, sometimes even challenging.

The most recent issue again turns to Chesterton, taking the title of Pearce's own highly-regarded biography of Chesterton, Wisdom and Innocence: A Life of G.K. Chesterton, and using it as a focus for the issue.

"The Wisdom and Innocence of G.K. Chesterton" by Joseph Pearce
"What Chesterton Has Meant to Me" by Father Peter Milward, SJ
"On What the Mind is For: The Many Delights of Reading Chesterton by Father James V. Schall, SJ
"Chesterton on Mirth" by Christina Colombo
"Little Children, Keep Yourselves form Idols: Possessive Love in Chesterton and Lewis" by Elizabeth Peterson
"Chesterton, Chaucer, and The Canterbury Tales" by Jonathan Thorndike
"Portrait of a Dean: Crossing Swords With Chesterton" by Thomas Banks
"1922: Chesterton, Nosferatu, and the Spirit of Modernism" by K.V. Turley
"Narnia and the Childlike Chesterton" by Father Dwight Longenecker
"The Chesterton Moment Revisited" by Father Benedict Kiely
I look forward to reading these and the other articles and poetry in the issue. Indeed, StAR and Gilbert are the two periodicals I get that I always read from cover to cover. Of course, I am a fan of Chesterton, a writer myself, and a former English teacher who took the classical approach of linking literature, music and art in my lessons.
If you have not already discovered StAr, give it a try. The next time Pearce shows up at a Chesterton event go to his table - he generally has some sample issues.
Posted by A Secular Franciscan at 9:29 AM No comments: