Pinetop Perkins goes home at 97 and he still had 20 gigs booked for this year. Boy, that man could play.


The Strange Music by G. K. Chesterton
Other loves may sink and settle, other loves may loose and slack,
But I wander like a minstrel with a harp upon his back,
Though the harp be on my bosom, though I finger and I fret,
Still, my hope is all before me: for I cannot play it yet.

In your strings is hid a music that no hand hath e'er let fall,
In your soul is sealed a pleasure that you have not known at all;
Pleasure subtle as your spirit, strange and slender as your frame,
Fiercer than the pain that folds you, softer than your sorrow's name.

Not as mine, my soul's annointed, not as mine the rude and light
Easy mirth of many faces, swaggering pride of song and fight;
Something stranger, something sweeter, something waiting you afar,
Secret as your stricken senses, magic as your sorrows are.

But on this, God's harp supernal, stretched but to be stricken once,
Hoary time is a beginner, Life a bungler, Death a dunce.
But I will not fear to match them-no, by God, I will not fear,
I will learn you, I will play you and the stars stand still to hear.
Posted by Alan Capasso at 1:49 PM No comments:

There is much talk these days about what is happening in several states about striping teacher unions of their collective bargaining rights. The balance of power between labor and management is a volatile one each side feels the other is taking too much. All states are now facing budget problems states do not produce anything they take and distribute they cannot crank up production to give more they can only take more but there is no more to take. On average 90% of each state’s budget is spent on three things: Education, Medication and Incarceration. They won’t cut medication because that would make them seem heartless and they won’t attack incarceration because that would make them look soft on crime, also both of those programs have many and very strong voters. So they attack education. This is principally the fault of the teachers unions. They have always thought of themselves as invincible and as such have done a very poor job of PR.

Their saying has always been, “It’s for the kids.” now for so many that saying rings hollow. It seems that every voting cycle there is a tax on the ballot for the schools yet test scores are dropping, the number of those going on to college is dropping, school violence is rising - yes by most accounts our schools are failing. True, the percentage of “bad” teachers is below the average of any public industry but the only news we get is from those bad ones. The unions have not spent the energy to publicize the successes.

The education field is hurt because they have taken on the job of parenting, a job they are not equipped for and will always fail at. A village cannot raise a child. At one teachers meeting, I was at, the principal told us we need to find more ways to get the parents involved. My question was, “Why would we want to do that”? No one had an answer. The last thing any teacher wants is being kibitzed by a parent because they do not care about your classroom they only care about their child. As one parent told/demanded of me was that her child needed more individual attention and it was useless to tell her that I have a 40 min class with 30 kids so he will just have to wait his turn to get more than his one minute. I am sure the reason this edict came down for on high was to improve public relations but they did not have the mental tools to complete this program – we are teachers not sales and marketing people.

Also schools are now all teaching to the test. Overall test score are linked to federal dollars. Teachers are no longer given the freedom to follow a train of inquiry. The new merit pay program for teachers will be linked to test results. Schools will become more and more like Dilbert factories that put out defective product.

The attack on unions will not improve education only save money. Lower salaries will not attract quality people but attract more like the one I knew who said, “I only teach to get money for my clothing budget.”

Good game for the first day of spring

Its Monday the first day of Spring so who wants to work.

Imagine for a moment you're a baby plant - a seed. Depending on the choices your make, your life could go in any direction. You could grow into a beautiful rose or a Venus fly trap. You could get eaten by a bird or crushed by a bowling ball. You might even find yourself babysitting a chorus of giggling baby broccoli florets.

Gameplay: Not so much a game as a series of decisions. Transfer those decisions from your thinker to your computer via the click of your mouse.

Recommended for: Anyone currently circling the circle of life.

Play HERE
Posted by Alan Capasso at 8:08 AM No comments:

Somehow I don't think they will really correct the problem - and will continue to deceive.
Posted by A Secular Franciscan at 9:35 PM 5 comments:

One of the reasons I love dogs.
Posted by A Secular Franciscan at 6:49 PM No comments: 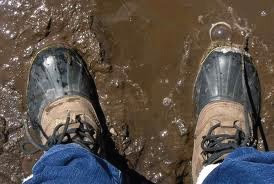 Of the five seasons I dislike Mud Season the most. Although it is the shortest it is the ugliest. We try to console ourselves with Robin and Crocus sightings
but we walk on roadways to avoid losing a shoe. The rains are relentless, there is flooding and the streams and creeks are swollen to the 10th month with twins capacity. On those days when the rain abates I take lunch in my car trading the gloom of my shop with the gloom of nature. I usually park my car near the pedestrian suspension bridge that spans the wet gash that runs through our park.

This is a good looking bridge that all the area’s first year photographers make a pilgrimage to. I enjoy this structure for its simple man-made beauty. One of the things that has amazed me about this bridge is that it is always sans graffiti. That was until yesterday. The creek it spans was as high as I have ever seen and on one of its anchoring black girders someone wrote in chalk “POOL CLOSED”.

The two things that lightened my heart was of course the sense of humor displayed in this bleak time of year and that this person respectfully wrote in chalk, the next rain will wash it away. Then I thought what kind of person walks around with chalk in their pocket? Could it have been a large human wearing a cape and Pince-nez glasses?
Posted by Alan Capasso at 2:50 PM No comments: 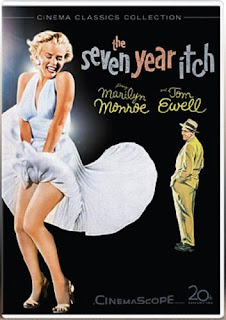 It seems that today relationships follow this pattern: This is a great deal becomes an ordeal becomes looking for a new deal. And in our sped up world the seven year itch has become the three year glitch. A new survey of 2,000 British adults points to the 36-month mark as a significant point of relationship restlessness. The poll cites weight gain, stinginess and snoring as key factors that seem to be annoying couples earlier than ever, which are big deals in a materialistic world. The poll was commissioned by Warner Bros. in promotion of the U.K. release of its film, Hall Pass, which addresses marital tedium. (I have been married for 32 years and it has been a lot of things but never tedious or as Uncle Gilbert said "The whole pleasure of marriage is that it is a perpetual crisis.").

Incidentally, 34 percent of those polled said the film made them feel slightly better about their partner, while 66 percent said they saw the movie while cheating.

Posted by Alan Capasso at 9:22 AM No comments:

Which is the eloquent way of saying “Sin Makes you stupid”.

Again, although conflicted, I think Live Action undercover videos may come to a bad end. And we should take a pray and wait and see approach. But I know offering prize money to follow that precedent might lead others to “Lie for Jesus”.
Posted by Alan Capasso at 4:41 PM No comments: