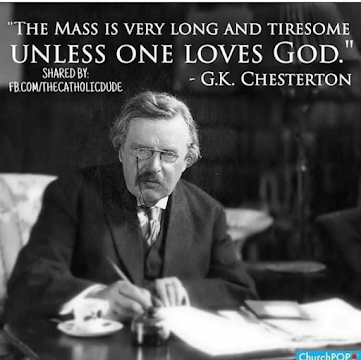 Joseph Pearce in the National Catholic Register -
Eating, Drinking and Praying — G.K. Chesterton and Christmas| National Catholic Register: Chesterton had the good sense to treat Christmas as if it were the very center of history
The author most associated with the joy and glow of Christmas is obviously Charles Dickens. Apart from the perennially popular A Christmas Carol, Dickens wrote several other Christmas-themed novellas, most notably The Chimes and The Cricket and the Hearth. In his book on Dickens, in a chapter entitled “Dickens and Christmas,” G. K. Chesterton lauded “Dickens’s great defence of Christmas”: ...
Posted by A Secular Franciscan at 9:43 AM No comments:

The Man Who Love Christmas

(I have been writing a book called Santa's Diary. One of the entries deals with a familiar fellow.)

The question I dealt with yesterday about retirement is often linked with another question (sometimes stated, often not): If I ever stopped being Santa Claus, who could take my place?

Mind you, I am Santa only by the will and grace of God. The Lord could just as easily choose someone else to play my role.

When I look back at history, I see so many people who could play the role. Francis of Assisi, for example. There was a man who had the Christmas spirit. (Though that dear little man would have a hard time fitting in my suit!) And, of course, Charles Dickens is often credited with helping to save Christmas. I fear he might have failed the "saint" test, though.

But If I had to pick just one person, it would be Gilbert Keith Chesterton.

Ho! There’s a man who could fill my suit! In fact, they’d have to let it out!

But beyond his physical size, he was a man who truly loved Christmas.

He wrote essays about it. He cited the feast again and again in his works. He wrote poetry about it.

Yes, in all modesty, I must admit that all the stories that have grown up around me help to keep alive the sense of wonder and magic, the belief in something that can’t be explained, even in a time when faith is treated as something embarrassing.

In one of his books he wrote, "Father Christmas is not an allegory of snow and holly; he is not merely the stuff called snow afterwards artificially given a human form, like a snow man. He is something that gives a new meaning to the white world and the evergreens, so that the snow itself seems to be warm rather than cold.”

Perhaps that is part of the magic. Not my magic, of course, but the magic of belief.

As for those who don’t believe, he wrote in one essay, “Personally, of course, I believe in Santa Claus; but it is a season of forgiveness, and I will forgive others for not doing so.”

How like the man. That spirit was one reason why even the people he debated respected and loved him. That is part of what would have made him a good Santa.

We met a couple of time. In one essay he described one of our conversations, though, of course, he changed some things around to suit his purpose. He had us meet in a toy shop and had me lamenting the modern world. The conversation actually took place during a meal in a tavern. And I seem to recall some of the lamenting was on his part.

I remember fondly the first time I met him as an adult.

I was in his home delivering gifts (some items for his toy theater), when he walked into the room. I sank back into the shadows, and he did not see me. Even if I hadn’t sunk into the shadows, I’m not sure he would have seen me anyway. As usual, he was lost in thought.

He stopped in the middle of the room, and said loudly, questioningly, “Slipper.”

I looked at his feet. Sure enough, he had only one slipper on.

Then suddenly he walked over to a tall bookcase and reached up to the top.

He brought down a slipper, and a book that had been under it, propped open.

He looked at the book, reading a little from the open page. He chuckled, and then walked out of the room, slipper and book in hand.

I reminded him of the moment years later. He did not remember it.

But he did remember the toy theater items I brought.

Yes, Chesterton would have made a fine Santa.

Of course, given his absent-minded ways, who knows what gifts would have ended up where. Why, if he was bringing a book to someone, he might have just sat down to read it, and when the children rushed down to open their gifts on Christmas morning they might have found him still sitting there, reading, and laughing out loud.

Posted by A Secular Franciscan at 6:15 PM No comments:


C.S. Lewis observed in - Of Other Worlds: Essays and Stories:

“An unliterary man may be defined as one who reads books once only. . . . We do not enjoy a story fully at the first reading. Not till the curiosity, the sheer narrative lust, has been given its sop and laid asleep, are we at leisure to savour the real beauties. Till then, it is like wasting great wine on a ravenous natural thirst which merely wants cold wetness.”
When I was a teacher, there were indeed certain books/plays that I read again and again because I was teaching them. Among those books were To Kill a Mockingbird by Harper Lee, The Great Gatsby by F. Scott Fitzgerald, several of Shakespeare's plays (Romeo and Juliet, The Merchant of Venice, Hamlet, MacBeth), Pride and Prejudice by Jane Austen. and Jane Eyre by Charlotte Bronte.
But outside of teaching, there are only a few works I have read more than one. The Lord of the Rings Trilogy and The Chronicles of Narnia come to mind. Chesterton's Orthodoxy and The Everlasting Man are works that I have also reread.
But now that I'm retired, I have more time to read, and I've begun to reread some of the works I read at some time in the past - sometimes as much as 50 years ago. I recently reread The Bridge of San Luis Rey by Thornton Wilder, and a series of dystopian novels like Brave New World by Aldous Huxley, 1984 by George Orwell, and Fahrenheit 451 by Ray Bradbury. There are a few others I have read in the last year and a half, but right now I'm more focused on some of the great works I would like to reread in the future. Among them are:
The Brothers Karamazov and Crime and Punishment by Fyodor Dostoyevsky
A Tale of Two Cities and Bleak House by Charles Dickens
The Man Who Was Thursday by G.K. Chesterton
Utopia by St. Thomas More
The Republic by Plato
The Confessions by St. Augustine
The Divine Comedy by Dante
I'm sure there will be more title that will occur to me. I will mix them in as I also read works i've never read before. I hoep to find among those new books more that I will want to reread.
After all, I don't want to be an "unliterary" man.
Posted by A Secular Franciscan at 1:01 PM No comments:

Chesterton: Advent waiting is a gift

Freelance writer Shemaiah Gonzalez has a wonderful take on Advent, using Chesterton as a focus ("Chesterton: Advent waiting is a gift"):

Writer G.K. Chesterton appreciated how waiting could be a gift. To Chesterton, waiting opened possibility:

“Around every corner is another gift waiting to surprise us, and it will surprise us if we can achieve control over our natural tendencies to make comparisons (to things that are better rather than things that are worse), to take things for granted … and to feel entitled!”

To see her full essay, go to Chesterton: Advent waiting is a gift

Posted by A Secular Franciscan at 9:53 AM No comments: 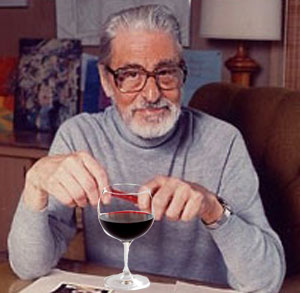 Dr. Seuss
was fond of tippling fermented mulberry juice.
This helps to explain a thing or thing two,
such as that cat's hat and Horton's who.
Posted by A Secular Franciscan at 6:50 AM No comments: