The Ignatius sale spurred me to buy some books I coveted (in a non-sinful way, of course) but could not justify purchasing: Volumes 29-34 of the Collected Works of G. K. Chesterton (The Illustrated London News).

Ah, but at only $5 a volume, the temptation proved too much.

They arrived the other day. My wife gave me that "Not more books?" look.

Grin.
Posted by A Secular Franciscan at 7:09 AM 4 comments:

Usually the Republicans don’t develop a sense of humor until late September of an election year and mostly drop it after the last vote on November 4th. However with ads like this it bides well for a new type of political ad. True, the big “O” asked for it and finally he is getting it served back to him.
Posted by Alan Capasso at 5:06 PM 1 comment:

Garrison Keillor is my favorite liberal and here is why.
Posted by Alan Capasso at 7:35 PM 1 comment: 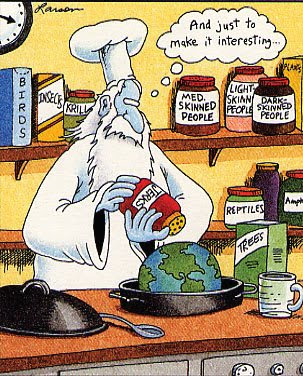 I once heard a metaphor for prayer that I think Gilbert would agree with. “There are three types of prayer, microwave, oven baking and crock pot. All prayers need to cook and is only answered when done. Microwave prayers are answered instantly, like “Lord, let there be a parking space in front of the store.” Then there those that need to bake, these take longer like “Lord, let this operation be a success and recovery be complete”. Then there are the crock pot prayers that have to cook a long time, like the one of Monica, Saint Augustine’s momma, did.

“No prayer will be served before its time.”

Three and a half years ago I lost my cushy well paying job through a corporate buy out – oh well.
I spent the first year looking for new work in a similar field to no avail so I took a factory job but kept looking. Every day I said this prayer, “Lord thank you for letting me have this job to help support my family and please Lord, get me OUT-OF-HERE.”

The other day I received notice that I have been hired as an Art Teacher for the Jr. High. Way back when this was my original choice for a career but I went in the business world. So now here I am, a beginning teacher at an age where all other teachers are retiring. What fun!
Posted by Alan Capasso at 10:42 AM 5 comments:

Chesterton in a horror novel?

I have been working on a horror novel (working title: "Swedenborg").

I bring it up here because in one section I will be talking about Distributism! The "good guys" will be discussing the issue at a party with Professor Staples (could his first name be Clive?), the wise scholar and Christian apologist who's dying of cancer, and one of his admirers, a rotund but brilliant grad student (wonder if I should give him a moustache and a walking stick?) who befriends the protagonist. The party scene is coming up - after the hospital scene where the mentally ill and very sick can see the dead souls besieging the living.

Hmm. Did Chesterton ever talk about Swedenborg and his ideas?

"An atheist stockbroker in Surbiton looks exactly like a Swedenborgian stockbroker in Wimbledon. You may walk round and round them and subject them to the most personal and offensive study without seeing anything Swedenborgian in the hat or anything particularly godless in the umbrella. It is exactly in their souls that they are divided." - Orthodoxy, Chapter 8

I also think he mentioned him in connection with Aquinas in some way - but can't remember exactly where. Any help with this one - or any other G. K. mentions of Swedenborg?
Posted by A Secular Franciscan at 9:58 AM No comments:

available right now for $5 per book as part of an Ignatius Press sale! This is very cool science and very useless. Maybe that’s why it is so cool.
Art historians are getting moist all over with this new technique, to see what lies underneath. Some have already said Van Gogh painted over old paintings because of the cost of canvas was so high. This is a perfect example of the art critic knowing nothing about the creation of art. Van Gogh was never short on money for canvas or paint, (Theo was there for him just as Pope Julius II was there for Michelangelo.) Simply looking at Vincent’s application of paint will tell you that he was not worried about his paint supply.
Artists paint over old canvases because they don’t like the work they are painting over or find it too weak to survive.

These critics/historians believe they can find the “secret” of the artists mind with this new method. They believe they will now be able to tell the Orthodox Jew what a pork chop tastes like. Oh well I guess it keeps them off the streets.

Oh yea, this is very cool too.
Posted by Alan Capasso at 8:51 PM No comments:

Liam over at Sententiae et Clamores (http://trepanatus.blogspot.com/) began a discussion July 23 about Catholic convert poets (talk about a specific category!). The poets he and others cited were generally highly regarded as poets.

Now I know G. K. is not known primarily for his verse, but he certainly was a prolific versifier. And some of his poems are very fine indeed. If Merton made the list, why not Chesterton?

Here’s the sonnet Chesterton wrote to celebrate his entry into the Church in 1922:

After one moment when I bowed my head
And the whole world turned over and came upright,
And I came out where the old road shone white,
I walked the ways and heard what all men said,
Forests of tongues, like autumn leaves unshed,
Being not unlovable but strange and light;
Old riddles and new creeds, not in despite
But softly, as men smile about the dead.

The sages have a hundred maps to give
That trace their crawling cosmos like a tree,
They rattle reason out through many a sieve
That stores the sand and lets the gold go free:
And all these things are less than dust to me
Because my name is Lazarus and I live.

Of course, not all of these fine folks have gained the same repute as the ones on the original list, but some of them certainly rank high as poets.

I think G. K. fits in with that distinguished poetic crew quite nicely.
Posted by A Secular Franciscan at 12:17 PM No comments:

Alexander Solzhenitsyn, the Nobel Prize-winning Russian author whose books chronicled the horrors of dictator Josef Stalin's slave labor camps, has died of heart failure, his son said Monday. He was 89.