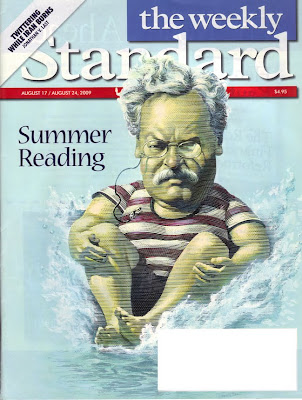 At the end of the day we had a lot of stuff most of which we were wondering why we bought. Maybe next year I will hold a yard sale to sell all the stuff we have bought from yard sales.
Posted by Alan Capasso at 9:51 AM 2 comments:

Belloc: Islam is a Christian heresy

In his book The Great Christian Heresies, Hilaire Belloc described Islam as a threat to the West - and counted it as a Christian heresy.

"Millions of modern people of the white civilization-that is, the civilization of Europe and America- have forgotten all about Islam. They never come in contact with it. They take for granted that it is decaying, and that, anyway, it is just a foreign religion which will not concern them. It is, as a fact, the most formidable and persistent enemy which our civilization has had, and may at any moment become as large a menace in the future as it has been in the past."

Certainly the extreme forms of Islam have become a world-wide threat in the last few decades. Belloc proved prophetic in that.

But I also find his argument that Islam is a Christian heresy interesting.

According to Belloc, what Mohammad "taught was in the main Catholic doctrine, oversimplified. It was the great Catholic world - on the frontiers of which he lived, whose influence was all around him and whose territories he had known by travel-which inspired his convictions."

Belloc argued that "the very foundation of his teaching was that prime Catholic doctrine, the unity and omnipotence of God."

"But the central point where his new heresy struck home with a mortal blow against Catholic tradition was a full denial of the Incarnation."

"He taught that our Lord was the greatest of all the prophets, but still only a prophet; a man like other men. He eliminated the Trinity altogether."

An intriguing line of argument.
Posted by A Secular Franciscan at 7:02 AM 3 comments: