Find a rally near you 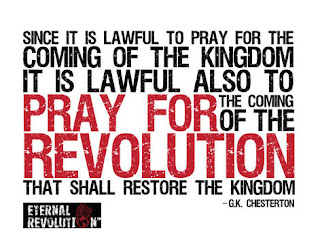 Posted by Alan Capasso at 4:10 PM No comments:

hush up your crying

Doc Watson has just moved away
growing he be to eighty nine
its summer let us dance let us play
music as wild flowers he left behind
Posted by Alan Capasso at 1:07 PM No comments:

Someone is celebrating GK's Birthday by giving away Card Gype.
Well... not just somebody but its our friend Paul Nowak inventor of our 2nd favorite game to play - Table Gype
he also gives us a third party we can all get behind

Posted by Alan Capasso at 8:32 AM No comments:

Looking for something GOOD to do

"In Cameroon, Africa, books are scarce--especially the good ones. Which means few Catholics have access to quality spiritual reading. Fr. Linus, who is studying at one of the Cameroon seminaries, explains:
"One of the key problems the Church in Cameroon is facing, as in many parts of Africa, is that Christians do not read. And if they do, it's very thin. Most know very little about the Catholic faith and the situation is worst among the young people."
But what if we could change that, patricularly in the seminaries? What if we could provide good Catholic books to every future-priest in the country?
With eBooks and new media, I think we can."
go here and here
Posted by Alan Capasso at 2:30 PM 2 comments:

Nice blurb about GK on the writers almanac where i found out his Father Brown mysteries later inspired Alfred Hitchcock.

Also, as I was on a recipe hunt, I came across a blog dedicated to cheese. The section dedicated to cheese poetry has the mast head : "The poets have been mysteriously silent on the subject of cheese". They do not give credit to GKC and when they post...

SONNET TO A STILTON CHEESEStilton, thou shouldst be living at this hourAnd so thou art. Nor losest grace thereby;England has need of thee, and so have I—She is a Fen. Far as the eye can scour,League after grassy league from Lincoln towerTo Stilton in the fields, she is a Fen.Yet this high cheese, by choice of fenland men,Like a tall green volcano rose in power.Plain living and long drinking are no more,And pure religion reading 'Household Words',And sturdy manhood sitting still all dayShrink, like this cheese that crumbles to its core;While my digestion, like the House of Lords,The heaviest burdens on herself doth lay.
.....
they list his name as W. K. Chesterton. I left a post asking for a correction pretending any one will listen to me.
Posted by Alan Capasso at 12:10 PM No comments:

On Memorial Day I usually think of my father, my uncles, as well as the fathers and uncles of my childhood friends. The men of world war 2. These men are all dead now.

My friends and I think more of their war than ours, and honor thier generation more than ours. Maybe you need the distance to see clearly or at least the distance not to have a memory make you bleed.

Joel Mabus, Touch a Name On The Wall
Posted by Alan Capasso at 12:12 PM No comments:

Are You Hip Enough

If we are to make any headway in this culture war (during our life time) it is important to understand "the power of cool" as Victor Davis Hanson lays it down). This explains why some people can get away with certain misdeeds (sin) and others who commit the same deeds can not. Also how some are dismissed out of hand, shouted down, or bumper stickered blind because their views are not the cool MSM ones.
Now one would think the Pope is cool (I do) but the MSM thinks he's "cute" or 'adorable' but ultimately out of touch with the real world.
In a recent Facebook debate on Planned Parenthood one of my comments was responded to with a derisive "Next we will be talking about shooting moose from a helicopter". The 'cool kids' couldn't click Like fast enough.
Granted being a follower of Christ has never been cool, but being cool has never before been the trump card in public debate.
We do not need to be cool - we need to rise up and say "Enough already! Sit back down and let the adults talk."
Posted by Alan Capasso at 3:14 PM No comments:

May is Mary's month, and I
Muse at that and wonder why:
Her feasts follow reason,
Dated due to season-

Candlemas, Lady Day;
But the Lady Month, May,
Why fasten that upon her,
With a feasting in her honour?

Is it only its being brighter
Than the most are must delight her?
Is it opportunest
And flowers finds soonest?

Ask of her, the mighty mother:
Her reply puts this other
Question: What is Spring?-
Growth in every thing-

Flesh and fleece, fur and feather,
Grass and greenworld all together;
Star-eyed strawberry-breasted
Throstle above her nested

Cluster of bugle blue eggs thin
Forms and warms the life within;
And bird and blossom swell
In sod or sheath or shell.

All things rising, all things sizing
Mary sees, sympathising
With that world of good,
Nature's motherhood.

Their magnifying of each its kind
With delight calls to mind
How she did in her stored
Magnify the Lord.

Well but there was more than this:
Spring's universal bliss
Much, had much to say
To offering Mary May.

And azuring-over greybell makes
Wood banks and brakes wash wet like lakes
And magic cuckoocall
Caps, clears, and clinches all-

This ecstasy all through mothering earth
Tells Mary her mirth till Christ's birth
To remember and exultation
In God who was her salvation.
Gerard Manley Hopkins
Posted by Alan Capasso at 4:37 PM No comments: 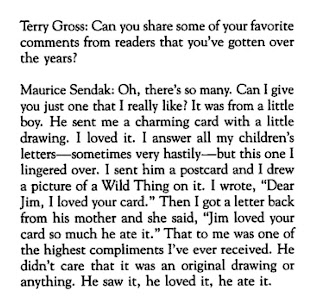 Posted by Alan Capasso at 3:20 PM No comments:

One of the up sides of the current resident’s hostile distain of the Catholic church is that the bishops have grown a pair.

They are seeing the folly of 'go along to get along'. They have remembered that you cannot compromise with the devil.  So finally they are saying "no" to those Catholics who think it is ok to slice and dice babies from speaking at Catholic Schools. One such case is that Rep Bob Hagan has been uninvited to speak because of his pro child murder stance. The thing is that Hagan just can't understand it he said, “I have fought for social justice my entire life and today, I am one disappointed Catholic. After being invited to give the commencement speech at Mercy Nursing School here in Youngstown, I got a call telling me that the Bishop has overruled their invite and they have rescinded the invitation because of some of the political positions I have taken. I am saddened that the work that I have done to feed the poor, clothe the naked, help cure the sick, and to bring an end to the death penalty has fallen on deaf ears.”

So for him he believes that these goods outweigh the evil of his support of the wholesale slaughter of children which he calls a political position. He is not alone.

I pray for Rep Hagan that he may gain sight and I continue to pray for the bishops that they stay strong.
Posted by Alan Capasso at 11:18 AM 1 comment:

Is it too soon to say hurrah?

Although one might think boycotts work and that Pepsi has seen the light but I can not help remembering the Susan G. Komen fiasco. Then again Pepsi has the bottom line to guide its moral decisions.
Posted by Alan Capasso at 6:06 PM 1 comment: