In case you were wondering if Catholics were Hard Core or not - wonder no more
And this is not the only one
good reminder for All Souls day and yes it is only the living that scare me.
Posted by Alan Capasso at 1:16 PM No comments:

After a year of research and preparation, the giant screen film JERUSALEM advanced into production with an unprecedented aerial shoot throughout Israel and the West Bank. Scheduled for worldwide release in 2013, the film will take audiences on a spectacular tour of the Holy Land and the city once believed to lie at the center of the world.

From Chesterton's The New Jerusalem:
"As I tried to explain this eccentric sentiment to myself, I was conscious of another which at once completed and contradicted it. It was not only like a memory of Rye, it was mixed with a memory of the Mount St. Michael, which stands among the sands of Normandy on the other side of the narrow seas. The first part of the sensation is that the traveller, as he walks the stony streets between the walls, feels that he is inside a fortress. But it is the paradox of such a place that, while he feels in a sense that he is in a prison, he also feels that he is on a precipice. The sense of being uplifted, and set on a high place, comes to him through the smallest cranny, or most accidental crack in rock or stone; it comes to him especially through those long narrow windows in the walls of the old fortifications; those slits in the stone through which the medieval archers used their bows and the medieval artists used their eyes, with even greater success. Those green glimpses of fields far below or of flats far away, which delight us and yet make us dizzy (by being both near and far) when seen through the windows of Memling, can often be seen from the walls of Jerusalem. Then I remembered that in the same strips of medieval landscape could be seen always, here and there, a steep hill crowned with a city of towers. And I knew I had the mystical and double pleasure of seeing such a hill and standing on it. A city that is set upon a hill cannot be hid; but it is more strange when the hill cannot anywhere be hid, even from the citizen in the city."
Posted by Alan Capasso at 10:15 AM No comments: 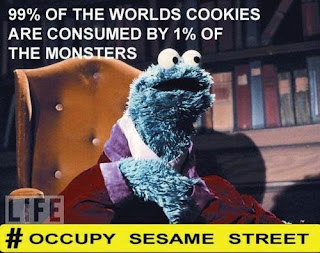 In contrast to this common perception of capitalism, Chesterton defines it as, "that economic condition in which there is a class of capitalists, roughly recognizable and relatively small, in whose possession so much of the capital is concentrated as to necessitate a very large majority of the citizens serving those capitalists for a wage."

"The present problem of capitalist concentration is not a question of law but of criminal law, not to mention criminal lunacy."

"Now what is the matter with the financial world is that it is a great deal too full of imagination, in the sense of fiction."
Posted by Alan Capasso at 7:16 PM No comments:

Happy 85th birthday Chuck
Posted by Alan Capasso at 7:51 AM No comments:

Steve Jobs was adopted. His life, passion, and vision inspired many. God our Father, Your power brings us to birth, Your providence guides our lives, and by Your command we return to dust
Posted by Alan Capasso at 11:37 AM No comments:

The Rochester (NY) Chesterton Conference was, like the previous seven held here, a delight.

We enjoyed presentations by Dale Ahlquist, Dr. Tom Martin, Joseph Pearce, and Kevin O'Brien. Oh, and a visit by Hilaire Belloc!
Posted by A Secular Franciscan at 8:56 PM 1 comment: