"Sir Thomas More is more important at this moment than at any moment since his death, but he is not quite so important as he will be in a hundred years time."  - G. K. Chesterton, in 1919

At our school we've added classic/significant movies to our English summer reading lists to help promote cultural literacy. For the seniors, who are taking what's basically a British literature course, the movie is A Man for All Seasons.

I've always loved that movie. I've also had a fondness for St. Thomas More for his faith and his courage, but also for the fact that he was a Secular Franciscan.

He's been on my mind lately.

More died because he refused to go along with King Henry's desired to challenge the Church over it marriage rules. Henry wanted the pope to grant him an annulment from his first marriage - never mind that the pope had given his special permission to marry Catherine of Aragon in the first place - but the pope refused. So Henry broke from the Church, dissolved the marriage, and married Anne Boleyn.

More sided with the Church, and quit his government post. But he also did not say anything, hoping that as long as he did not publicly states his views he and his family would remain safe. As the movie makes clear, he did not even tell his family his views so that they could not be called upon to testify.

But everyone knew where he stood.

Henry then got a law approved that required people to swear that they supported the King - and thus More's silence could no longer protect him.

I was thinking about More because we are faced with another marriage issue - and one in which people of faith are increasingly being forced to go along or face persecution.

The current issue is, of course, homosexual so-called marriage. The U.S. Supreme Court decisions last week are just another step in the process toward legal recognition of such marriages - which are allowed in a number of states (including my own).

But it's already begun to happen - and it will increase.

People who defend traditional marriage can't do so at work. If they speak out, they can be fired. Some  had hoped they could simply keep their mouths shut, but in some government agencies they are now required to at least pretend they support such marriages - just as Henry required peopel to take an oth in support of his marriage and defiance of the Church. Some government workers who perform wedding have already been forced to quit their jobs because  they will be required to perform such weddings.

Meanwhile, photographers, florists, inn keepers, and more have been sued if they have declined to provide their services for marriages and couple they don't recognize on moral grounds.

There are more and more stories of people facing persecution because they do not go along with the homosexual agenda. Like More, they are increasingly not protected by silence.

We are faced with the kind of choice More faced. He provides an important model for us. We too may be called upon to pay a price for upholding our beliefs and our Church (though, we don't face death for doing so, at least not yet).

It seems that Chesterton's 1919 prediction is indeed coming true a century later.
Posted by A Secular Franciscan at 7:49 PM No comments: 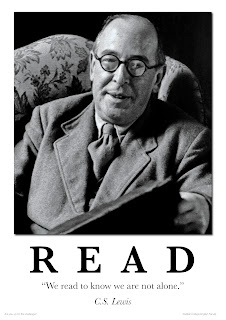 Posted by A Secular Franciscan at 4:28 PM No comments:

Chesterton is indeed "The Complete Thinker"

I'd recommend that fans of Chesterton do so too - and not just because buying a copy might put a few bucks in Dale's pocket (though he deserves it).

The book is a survey of Chesterton's thinking on any number of issues and topics. Given the range of Chesterton's writings the book needed an appendix to try to fit everything in - and I suspect Dale could have added another appendix or two if he'd wanted to.

Chesterton was noted for inserting himself and his thought into everything he was writing, so it's no surprise that amidst the exploration of GKC's thoughts, Ahquist also managed to sneak in bits of his own Chesterton-colored observations about contemporary issues.

Given the volume of Chesterton's writings and the range of topics he covered, the book is by necessity only a taste of Chesterton. But it might just inspire readers to explore him more seriously and more in depth. Although I have been reading Chesterton fairly regularly for the past 20 years, I learned a few things from this book - and made some connections I hadn't before.

I found reading the book like reading Chesterton - at least for me. Some people can guzzle his writing. I find I need to sip and savor. So it takes me a while to get through any of Chesterton's books. It took me months to finish Ahlquist's book. Better minds would likely be able to get through it much quicker.

But whatever your approach, I do recommend this book. Even if you are not a fan of Chesterton, I think you'll find this book thought-provoking and eye-opening.

So buy it, and keep Dale's bank account solvent.

Posted by A Secular Franciscan at 3:03 PM No comments: