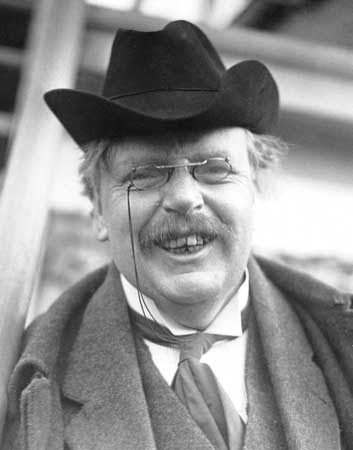 Happy Birthday (yesterday)!
“Children are grateful when Santa Claus puts in their stockings gifts of toys or sweets. Could I not be grateful to Santa Claus when he put in my stockings the gift of two miraculous legs? We thank people for birthday presents of cigars and slippers. Can I thank no one
for the birthday present of birth?”
- Orthodoxy
Posted by A Secular Franciscan at 6:02 PM No comments:


There was a piece in a Canadian newspaper about people in Canada leaving organized religion, and especially Christianity. Some folks are going to other religions - Islam has doubled its numbers, for example. But a significant part of the population surveyed now identify themselves as having no religious affiliation.


The writer - Martin Wissmath - notes that the decision to leave faith and be unaffiliated has an effect on society and culture.

I think he's right, but it's not limited to Canada. Go to the movies, read a secular publication or book, watch television shows and news, or look at the decisions of government in the U.S. and Europe and you see signs of the waning of religion and desertion of Christian and moral values. Heck, a lesbian coming of age story involving scenes of graphic sex between a minor and an adult just won at Cannes.

Wissmath also points out that as people leave faith, it's not due to passion or thought.

"It's not so much an examined rejection of faith in favour of some other philosophical worldview, as a passive, fading, giving up. They just don't care anymore."

In grumpier moments I think it's not so much that people don't care, it's just that they don't care about anything that interferes with their own self fulfillment and gratification. They care about what feels good for themselves. Other things that require work - practicing religion, growing intellectually, being an informed citizen, etc. - are deemed not worth the effort.

Wissmath concludes by citing two great writers, one of them being, of course, G.K. Chesterton.

Since at least the 19th century Christianity has been waning in North America and Europe. With the exception of some years of resurgence, such as the 1950s, it's been a very gradual ebbing of the tide: the "melancholy, long, withdrawing roar," of the Sea of Faith that the poet Matthew Arnold predicted almost 250 years ago. But the shore of post-Christianity is emerging faster than ever.

The words of the early 20th century English journalist G.K. Chesterton come to mind as an apt description of the situation, even timelier now. He wrote, "the Christian ideal has not been tried and found wanting; it has been found difficult, and left untried."

Indeed.
Posted by A Secular Franciscan at 6:42 AM 2 comments:

The Not Quite Great Gatsby


I went with some students and fellow teachers to see the new film version of The Great Gatsby.

There are some things to praise about the film, some to criticize. There are good moments and performances, but not enough to make it a great film or for me to heartily endorse it. In too much of it, flash and style take precedence over substance. And I'm not happy with some of the ways it strays from the novel.

But I began to wonder what Chesterton made of the novel when it came out.

I haven't found any comments by Chesterton about the book or even about F. Scott Fitzgerald yet - though they may be there (wiser and better-read Chestertonians may know of some).

But I have seen references to Fitzgerald - a fallen Catholic - being familiar with Chesterton's writings. There's even a post on this blog that predates my joining the team:

A collection of the letters of F. Scott Fitzgerald shows a number of references to Chesterton as the writer struggled in 1917 with his unsuccessful first draft of This Side of Paradise. He wrote Edmund Wilson that the novel "shows traces of Chesterton," and that he put "Barrie and Chesterton above anyone except Wells." Fitzgerald complained to biographer Shane Leslie of "gloomy, half-twilight realism," asking "Where are the novels of five years ago?" Fitzgerald included Chesterton's Manalive on his approved novel list, and also confided to Leslie that he was planning to quote some Chesterton gibberish on his new novel's title page ("Highty-ighty, tiddly-ighty, tiddley-ighty, ow!" from The Club of Queer Trades). [A Life in Letters, Edited by Mat-thew Bruccoli, Scribner's 1994, pp. 12-20] - Eric Scheske (July 28, 2005)

Posted by A Secular Franciscan at 5:59 PM No comments: 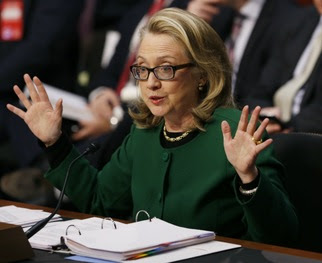 “Men are ruled, at this minute by the clock, by liars who refuse them news, and by fools who cannot govern.” - GKC

I have been thinking about this week's Benghazi testimony. People died. Requests for help were not honored.

Meanwhile, Obama administration officials testified and gave speeches that were false. It's going to be hard to prove that people deliberately lied, but it's clear that the "truth" was shaped by the administration to suit its political ends.

Will anyone face charges? I seriously doubt it.

Will someone lose his or her job? Maybe - though some folks who have already left their jobs may serve as handy scapegoats.

Will political futures be affected? Perhaps. I think the odds of Hillary Clinton running for President in 2016 just grew longer. Of course, the average American voters - people of severely shallow thought and limited memory - may not even recall hearing about Benghazi by the time the 2016 primaries roll around. Heck, many will likely have forgotten whatchamacallit by the All Star break.

I'm not a supporter of the death penalty, but I'm tempted to think Chesterton may have had it right: “It is terrible to contemplate how few politicians are hanged. ”
Posted by A Secular Franciscan at 8:08 PM No comments:

Live Action does it again


Live Action continues to expose the abortion industry. They view themselves as investigative journalists. I wonder how Chesterton, as a journalist, would have viewed their actions. He certainly would have agreed with their aims.

Posted by A Secular Franciscan at 8:40 PM No comments: