The story of Debbie 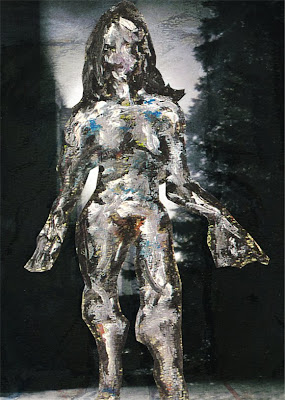 “Twenty million young women rose to their feet with the cry, “We will not be dictated to,” and proceeded to become stenographers.” GKC

As seasons change my mind always slips toward poetry. It is as if the thoughts and random sentences still floating in my head start to come together like a 3d game of Tetris.
As autumn tiptoes into existence I wanted to write about mature love and the harvest of sacrifice but all those noble thoughts kept being pushed out of my head. What kept coming in was the black humor (no pun intended) of our current presidential campaign. The funniest thing so far is how Sarah Palin has shown the country that the National Organization for Women is not for the advancement of all women – just certain types of women as evidenced by stuff like this from just one NOW member:
The ultimate irony is the GOP’s assumption that Palin will appeal to women just because “she has a womb and makes lots and lots of babies,” argued religious historian Wendy Doniger of the University of Chicago’s Divinity School
“Her greatest hypocrisy is in her pretense that she is a woman,” Wendy goes on, “She does not speak for women; she has no sympathy for the problems of other women, particularly working class women.”
Or this:
But I object strongly when anyone (and especially anyone with political power) tries to take their theology out in public, to inflict those private religious (or sexual) views on other people. In both sex and religion (which combine in the debates about abortion), Sarah Palin’s views make me fear that the Republican party has finally lost its mind.
read article here
Isn’t that like saying a marriage is a private affair and that a man or women should not act married when out in public? And now those who advocate abortion are the sane ones?
Now the media is focusing on Palin’s wardrobe – amazing.
Anyway, this is my first poem of autumn.
DEBBIE, THE GODDESS OF FERTILITY
As the planets align
you pile your hair
to mythical heights
paint your lips screaming red
and don
the ceremonial shoes
with the live gold fish
in the heels

Knowing the only sin
is loneliness
you scratch your dreams
into the kitchen table
with the cubic zirconium ring
you were given
on that beach
of endless stainless steel
and holding
your freshly cleaned
womb
you proclaim it a
temple
a sanctuary
for the itinerant
worshipers
to bring forth
their needs.