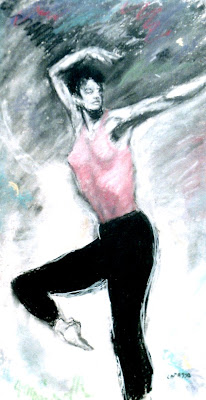 For me Chesterton reveals the truth in two ways. The first is as if he takes off my glasses cleans them and says, “Now do you see?”

The other way is that he simply reminds me of what is true. Stuff I already knew but have forgotten or things that were driven out of my head by ‘adult’ forces. Even in his innocuous sounding essays that might easily be passed over he reminds us of a joy we might have forgotten. These are usually a childhood joy that is still a joy if only we old folks could remember how to play the game. Both of these ways of course is what prophets always do.

In his essay “On Lying in Bed” he reminded me of the pleasure of doing ‘nothing’ of letting your mind float like a boat on a current. This is something I had not done for a looong time. So a few Saturdays back I rolled over to see my wife had already awoke and I was alone. I started to get up and get to it but told myself the list can wait and fell back into bed.

I reached over and put George Gershwin’s American in in the CD player and lay back down staring at the ceiling waiting for the images to appear and appear they did. Gene Kelly and Leslie Caron began to dance for me. Strangely it was the part of Gene that I remember the best, It is not that Leslie is not a good dancer because she is; it is just that greatness lies in Gene. It is like looking at paintings by Rembrandt and a Norman Rockwell hanging next to each other. Both are highly competent pigment pushers but it is on the Rembrandt that eyes linger and rest upon. You can know everything there is to know about a Rockwell in a moment; there are no mysteries in his work no internal connection.

I then tried to imagine Fred Astaire in Gene’s role but that was absurd. Fred could never play the tragic hero. No more than Gene could have pulled off the Fred’s dancing up the walls in The Royal Wedding. When Fred danced on the ceiling we said, “Of course he can do that.”

Both of these men are Great dangers it is just that their greatness lies in opposite directions. Gene’s greatness is his constant struggle to break the law of gravity while Fred’s lies in his struggle to obey it.

Next I put in Aaron Copland’s Appalachian Spring and thought if Martha Graham’s dance within Isamu Noguchi’s sculpture (set). Perhaps the greatest collaboration of artist’s in the 20th century. All those artists knew the central fact about art – Great art must tell a story - a story that holds universal truth. Martha, a pioneer of modern dance, never lost her ability to tell a story through movement – she never fell into that trap of dance for dance sake.

I could have gone like this for hours more except my wife, for some reason, refused to bring me up food and my youngest came in to remind me that I would dig her bike out of the garage today.

The up side that when I did get up I ignored my ‘to do list’ (except for the bike) and spent the rest of the day in my studio.

Well said, friend. Thanks for the reminder on Chesterton's importance of rest and frivolity.