The Coloured Lands - Self Deprecation

I had planned to transcribe the text and illustrations to Chesterton's demonological text (Half-Hours in Hades) today, but it's obscenely long and involved for a short story and I just don't have the energy for it. You got "Homesick at Home" midweek as a treat anyway, so it's not like I'm falling behind here or anything.

Today, instead, we will observe six pieces of self-deprecating and witty cartoonery that can be found in The Coloured Lands. They are by no means the only examples of such that can be found in the book, of course. I have refrained from scanning the others for now, as the American Chesterton Society already has 'em. The first seven images there are from The Coloured Lands, and are quite delightful. My favourite of them is "Mrs. Chesterton's Donkeys in Waiting."

Some of these pictures have text, naturally, so will provide a brief transcript when necessary. 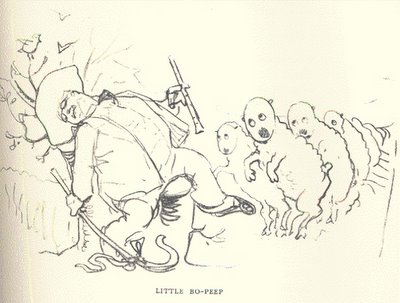 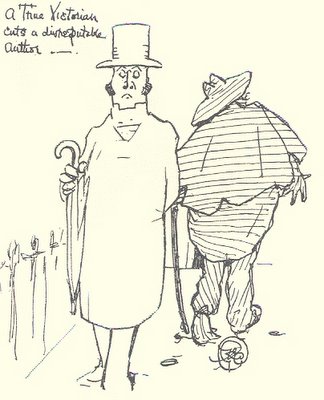 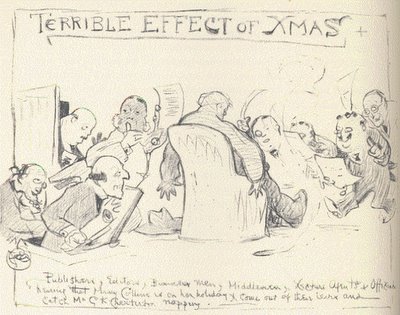 -Terrible Effect of XMas-
Publishers, Editors, Business Men, Middlemen, Lecture Agents and Officials, hearing that Mary Collins is on her holiday, come out of their lairs and catch Mr. G.K. Chesterton napping. 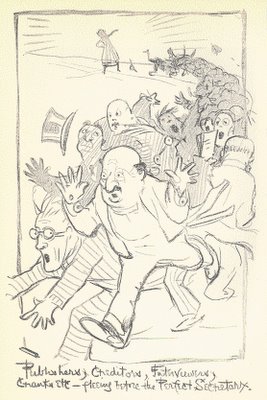 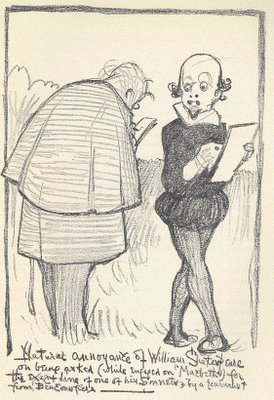 Natural annoyance of William Shakespeare on being asked (while engaged on Macbeth) for the exact line of one of his Sonnets by a journalist from Beaconsfield. 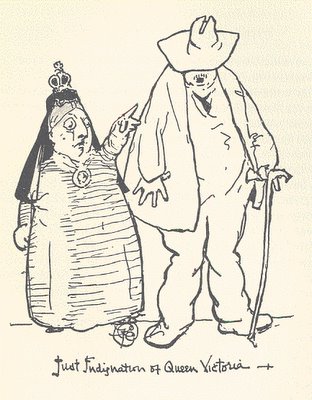 That's all for this installment. Perhaps something more midweek, like last time, to lift our spirits. I'll have a bit of time to kill in the afternoon on Wednesday, as it happens.
Posted by Nick Milne at 5:31 PM

Strange. It seems that you can click on them to enlarge again, unlike in the last illustrated post. How very odd.