It is good to be king 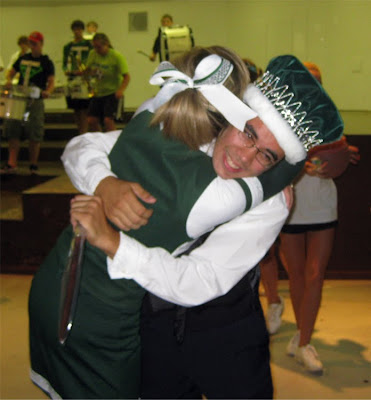 My number 1 son opened the door for a new era. Out of the fifteen previous years he was the first nonjock to be king. For those of you still familiar with High School life that is big deal. Many were in an uproar that power was taken by the geeks, freaks and nerds and they have held sway ever since.

My number 2 son is not a jock yet he is king. Now that makes me a king maker.

You may send me tribute.

And yes that is a cheerleader hugging him.

And right good "king maker" you are! You've every reason to be proud of your two king sons! Congrats! God bless.