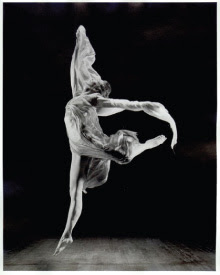 Uncle Gilbert and I part ways on how we feel about the art of the early twentieth century. I like it and he moved a lot of ink against it. Yet I often use his "negative" view point quotes (a lot to choose from there) to describe the art of the later half of the twentieth century to today. So he was right about it I just think he was premature. Can you say prophet?

One would think his attitude of modern visual arts would map over to the other modern arts - but not so fast white boy. True he did not particularity like Jazz:

“I have formed a very strong impression about jazz. It does express something; and what it expresses is Slavery. That is why the same sort of thrill can be obtained by the throb of savage tom-toms, in music or drama connected with the great slave land of Africa. Jazz is the very reverse of an expression of liberty, or even an excessive expression of liberty or even an expression of license. It is the expression of the pessimist idea that nature never gets beyond nature, that life never rises above life, that man always finds himself back where he was at the beginning, that there is no revolt, no redemption, no escape for the slave of the earth and of the desires of the earth. There is any amount of pessimistic poetry on that theme that is thrilling enough in its own way; and doubtless the music on that theme can be thrilling also. But it cannot be liberating, or even loosening; it does not escape as a common or vulgar melody can escape. It is the song of the treadmill.”

GKC might not have loved the actuality of Jazz but he liked it's idea, as he uses the word in a positive way in many of his essays.

But he loved modern dance. I use the word love because his writings on modern dance were in the form of poetry and poetry is the language of love.

Although possible, I do not know if Chesterton ever saw Isadora Duncan or Ruth St. Dennis perform but he must have seen their influences.

Nick posted one of theses poems here THE JAZZ

My favorite line is: "She looks nearly as pretty as when she is not dancing..."
Posted by Alan Capasso at 12:47 PM