In and Out of the Cave 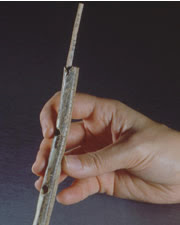 "The common sense of the child could confine itself to learning from the facts what the facts have to teach; and the pictures in the cave are very nearly all the facts there are. So far as that evidence goes, the child would be justified in assuming that a man had represented animals with rock and red ochre for the same reason as he himself was in the habit of trying to represent animals with charcoal and red chalk. The man had drawn a stag just as the child had drawn a horse; because it was fun. The man had drawn a stag with his head turned as the child had drawn a pig with his eyes shut; because it was difficult. The child and the man, being both human, would be united by the brotherhood of men; and the brotherhood of men is even nobler when it bridges the abyss of ages than when it bridges only the chasm of class. But anyhow he would see no evidence of the cave man of crude evolutionism; because there is none to be seen. If somebody told him that the pictures had all been drawn by St. Francis of Assisi out of pure and saintly love of animals, there would be nothing in the cave to contradict it. " GKC Everlasting Man

When Picasso first saw the cave paintings at Lascaux it is reported he said, "We have learned nothing."

When teaching my Humanities class I often quote from Everlasting man. Last year when archeologists found a flute that was 30,000 plus years old I was in the throws of such a presentation. Man has always been in search of the higher things. The only way to express those things is through the arts.

Then again, in the future, someone may wonder what kind of music was played on a 3 string guitar and an old wooden box? And they will come across Seasick Steve. CaveMan blues.
Posted by Alan Capasso at 11:15 AM